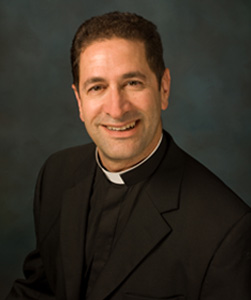 Fr. Kesicki, who was appointed by Fr. Adolfo Nicolás, S.J., Superior General of the Society of Jesus, will assume his new position August 1, 2014. Headquartered in Washington, D.C., the Jesuit Conference is the liaison office that coordinates the national work of the Society of Jesus, the largest order of priests and brothers in the Roman Catholic Church.

Father Kesicki, currently serving as the provincial of the Chicago-Detroit Province of the Society of Jesus, says, “This assignment comes at a very exciting time for the Church and the Society of Jesus here in the U.S. and around the world. Clearly, the election of Pope Francis, the first Jesuit pope in history, has highlighted the Jesuit vocation. Going back to St. Ignatius himself, we Jesuits have always put ourselves in service of the Church to minister where the needs are the greatest. I look forward to helping the Society continue its mission with a renewed zeal, strategic use of our resources, and commitment to serving in Christ’s name here and around the world.”

About the Society of Jesus in the United States
Founded in 1540 by Saint Ignatius Loyola, the Society of Jesus (Jesuits) is the largest order of priests and brothers in the Roman Catholic Church. Jesuit priests and brothers are involved in educational, pastoral and spiritual ministries on six continents and in 127 nations, practicing a faith that promotes justice. For nearly 500 years, Jesuit education has made its mark on the world. In the United States, there are 28 Jesuit colleges and universities, 59 Jesuit high schools and 16 middle schools with a shared goal of developing competent, compassionate and committed leaders in the service of the Church and society. Jesuits minister in parishes and at retreat houses and serve as chaplains at prisons, hospitals, nursing homes and in the military. For more information on the Society of Jesus, visit http://www.jesuit.org.
###